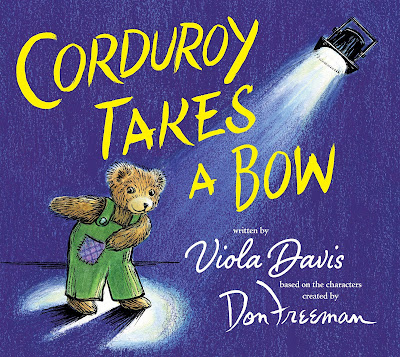 The charming children's book Corduroy by Don Freeman was originally published in 1968.  I discovered this cuddly bear when I started teaching and since then Corduroy and its sequel, A Pocket for Corduroy, have become permanent, cherished editions to my classroom library.

A few days ago I read that Emmy, Tony and Academy Award Winning actress Viola Davis had written a "beautifully illustrated tale with a classic feel". I ordered a copy of Corduroy Takes a Bow that day and it does indeed have that "classic feel".

I am particularly excited about this title because it is perfect for introducing the theater to the young children involved with Broadway Books First Class. At the start of each year - the program is entering Year Four - I use children's books to promote discussions about the theater. 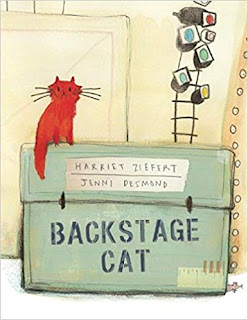 The book Backstage Cat has been my anchor text because it highlights the many, many people who must come together to make a show happen.

As the cat wanders around the stage he encounters dressers, stage managers, lighting guys, prop masters and his own leading lady. Children learn everyone's role and come to understand the importance of each member of the production team.

Corduroy Takes a Bow offers a slightly different perspective than Backstage Cat. Instead of starting backstage, Corduroy enters the theater as an audience member. This allows children to feel the excitement of seeing the marquee, exploring the magnificent lobby, being ushered to a seat, and  reading the Playbill.

It also lets us glimpse into the orchestra pit, in the wings with props, costumes and scenery, dressing rooms, and ultimately, on the stage in front of an audience. Corduroy Takes a Bow ends with Corduroy's owner, Lisa, putting on a play for Corduroy in her bedroom. It is here, once again, that the imagination is free to soar. That may be the greatest gift of live theater. It is magical because we are free to take flight together.
Posted by Gary at 8:24 PM No comments:

Today is the start of my 23rd year as a teacher.  It's thrilling and exhausting but the light has never dimmed, the passion remains. Although the NYC Department of Education didn't make life easy today.  We were given half a day to set up our rooms.

That includes moving all of my stuff from my old classroom into a new classroom, which is a lot after 22 years. It is setting up, cleaning up, cleaning out, SHAMPOOING OUR OWN RUGS (or rather the rugs I inherited, which are a filthy, stained atrocity), hauling out large pieces of unwanted furniture, contacting parents, planning for the week, and making things presentable to welcome the children tomorrow.  All without air conditioning or windows that opened on a hot city day that saw temperatures rise to above 90 degrees.

The good news is...the room is huge and I have a very big closet. Today we got the basic layout in place and in the coming days will add those special touches that say, "Magic happens here". 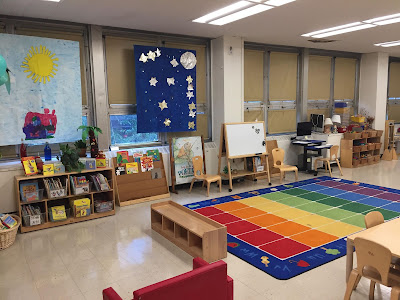 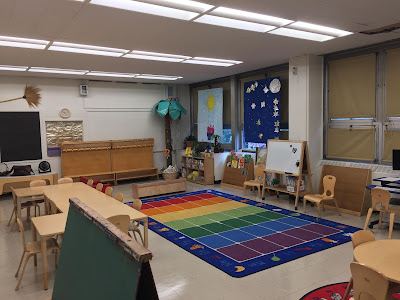 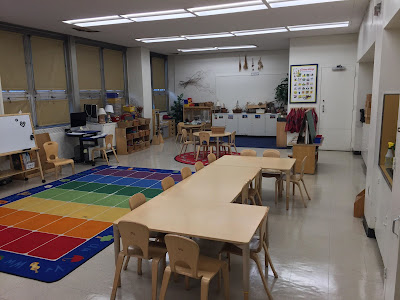 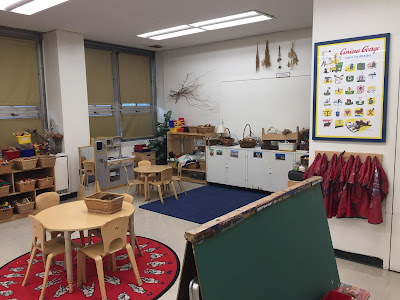